TORONTO, Feb. 12, 2019 /PRNewswire/ - Statflo Inc., the leading human-to-human outreach solution for wireless and technology retailers, today announced that its Board of Directors has appointed Peter Macnee as its new Chief Executive Officer.

Macnee joins Statflo with an outstanding track record of building and scaling high-growth businesses and will drive Statflo's aggressive expansion plans in North America and beyond. Most recently, he was Co-Founder and CEO of Virgin Mobile Latin America, a business he grew from inception to 3.4 million customers. Previously in the mobile industry, he held a variety of executive roles with increasing responsibilities at Millicom International Cellular, with his last role as President of Eastern Europe and Africa.

Macnee's appointment is welcomed by Statflo's founding CEO, Kevin Gervais, who remains on Statflo's Board and moves to Chief Strategy Officer. "Getting Statflo to this inflection point has been an incredible journey for me and the founding team," said Kevin. "We're thrilled to have someone of Peter's caliber and experience to lead Statflo through this next phase of growth. Peter has an impressive record of scaling high tech companies and his leadership, operational and communication skills will help Statflo take advantage of the high demand for the company's proven products."

Macnee said, "I'm honored and excited to take on the leadership role at Statflo as it embarks on a new stage of high growth. Over the past couple of years, the Statflo team has demonstrated that its unique and personalized outreach solution provides huge returns for retailers. The adoption and satisfaction rate of leading mobile operators and distributors in the United States and Canada has been impressive. Having years of experience on the front-line in today's intensely competitive wireless markets, it's clear that Statflo's offerings are mission-critical for high tech retailers to grow sales and keep customers."

Speaking on behalf of the Board, Kevin Gervais also commented, "It's been an incredible journey getting Statflo to this point, but it's clear we've just begun. Combining Statflo's proven success with Peter's leadership and operational background will ensure the company's future is bright." 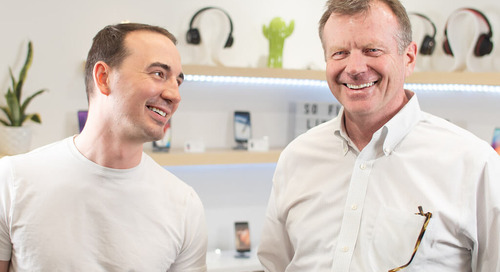 The future is bright at Statflo 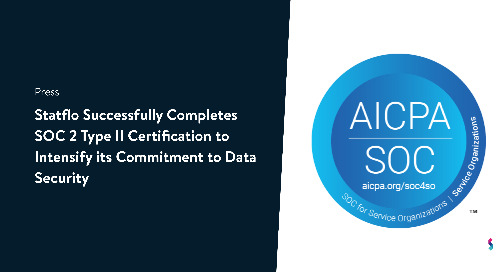 Our customers' security is our top priority

The future is bright at Statflo